The Skull of Mary Magdalene

Is this the skull of Mary Magdalene? For centuries people have flocked to the Saint-Maximin-la-Sainte-Baume basilica in France for a glimpse of Mary’s bones. 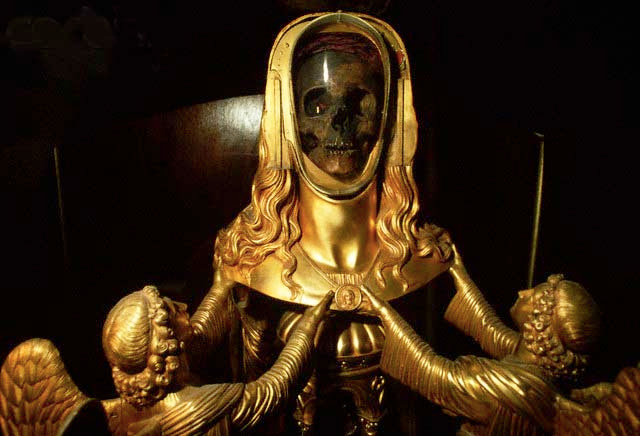 In the year 1279, excavations of the crypt beneath a small church in St. Maximin in France uncovered 1st century tombs along with a surprising find: a sarcophagus made of marble. Charles II, the Count of Provence who led the excavation, claims he was spurred to do so by a dream in which Saint Mary Magdalene appeared to him.

When the sarcophagus was opened, a “wonderful and very sweet smell” was noted by all present to emanate from inside, which they believed to be symbolic of the the perfume Mary Magdalene poured on the feet of Jesus before his death. 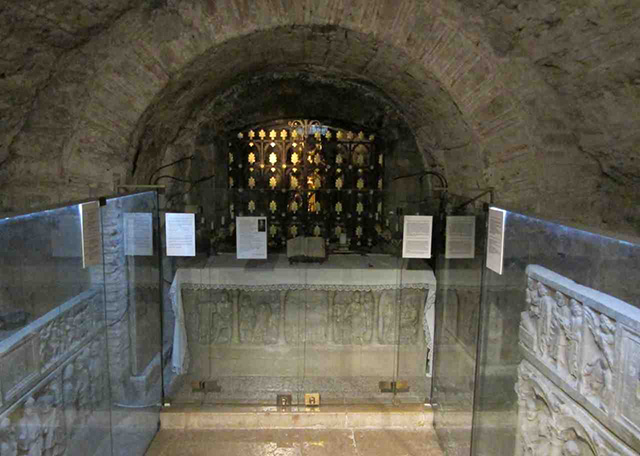 The sarcophagus of Mary Magdalene in the crypt beneath St. Maximin basilica

The skeletal remains, from which were missing the jaw and lower leg bones, were accompanied by a papyrus note. The text read:

The year of the birth of the Lord 710, the sixth day of December, at night and very secretly, under the reign of the very pious Eudes, king of the Franks, during the time of the ravages of the treacherous nation of the Saracens, the body of the dear and venerable St. Mary Magdalene was, for fear of the said treacherous nation, moved from her alabaster tomb to the marble tomb, after having removed the body of Sidonius, because it was more hidden.

There was also a wood tablet covered in wax, inscribed with the words “Hic requiescit corpus beatae Mariae Magdalenae.” It was estimated to be made between the 1st and 4th centuries.

Provence tradition holds that Mary Magdalene, along with Lazarus and Martha (and a child fathered by Jesus, according to Holy Blood, Holy Grail), fled to the south of France to avoid persecution in a small boat without sails or oars. Miraculously, they landed on the shores of Gaul at a place now called Saintes Maries de la Mer. They continued to spread the gospel and Lazarus conducted baptisms.

Mary eventually retreated to a secluded mountain cave, where she lived in penance until she died. Now known as the grotto, or La Baume of Mary Magdalene, Christians have been making pilgrimages to the site since the 5th century. 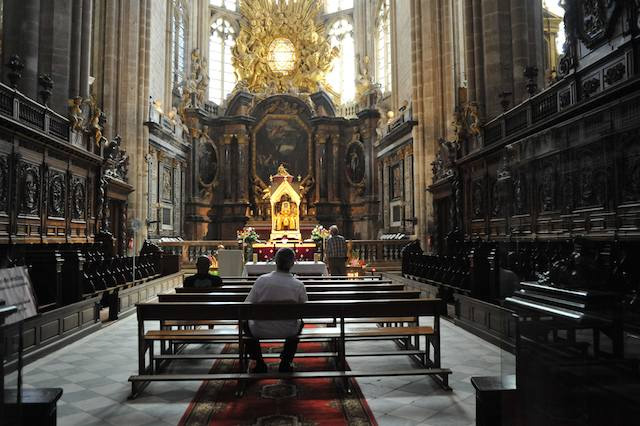 Upon discovery of the tomb, Charles II built a grand basilica, Saint-Maximin-la-Sainte-Baume, in place of the old church. There, the supposed relics of St. Mary Magdalene are still on display. The skull, now complete with a mandible thanks to Pope Boniface VIII, are displayed behind glass in a reliquary of golden, flowing locks of hair. 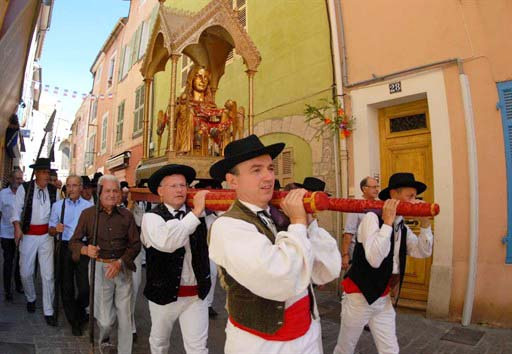 Annual procession carries the bones of Mary Magdalene around town

Every year on the Sunday closest to the feast of Mary Magdalene on July 22nd, a gold mask is affixed to the reliquary and a procession carries the macabre idol around the town.

Though the majority of the remains believed to be Mary Magdalene have been missing since they were stolen by Barras during the French Revolution in 1794, there are still a few remaining pieces that garner a lot of attention. A shard of her tibia can sometimes be seen on tour, and one of her teeth in an ornate reliquary is on view at New York’s Metropolitan Museum of Art.