If you witness people shuffling around furiously swiping at their phones and barging into stores, rooms or your office desk, do not be alarmed – it’s a new mobile game virus that has infected millions.

Pokemon Go mania has swept players armed with smartphones hunting around to capture monsters and gather supplies in the hit game.

After lying relatively low for few years, Pokemon is making a comeback of sorts.

The Nintendo-owned franchise, which exploded in popularity in the late 1990s, is taking mobile space by storm — this time through Pokemon Go.

By Monday, Pokemon Go had been downloaded millions of times, topping rankings at official online shops for applications tailored for smartphones powered by Apple or Google-backed Android software.

The game was downloaded in more than five percent of Android phones in the first two days of release and had outpaced the dating app Tinder.

The game uses GPS and mapping capabilities in mobile phones to let players roam the real world to find ‘PokeStops’ stocked with supplies and hunt cartoon character monsters to capture and train for battles. 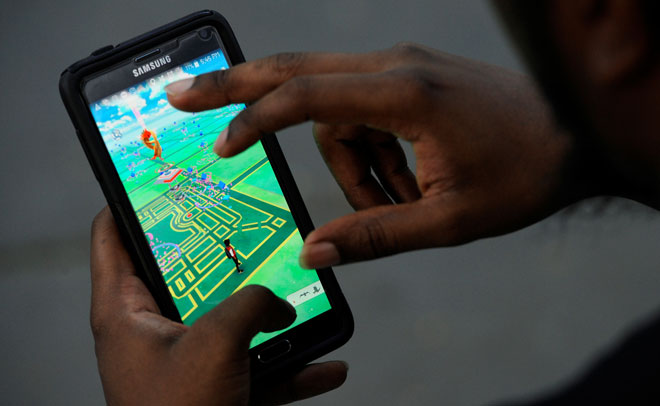 Players can also visit ‘gyms,’ where captured cartoon creatures can be conditioned as combatants to seize such training facilities.

How to catch monsters

The game uses your phone’s camera, so you will see there is a ghost Pokemon hovering around your boss’s desk, your bathroom or Victoria’s Secret store as it happened in the UAE. 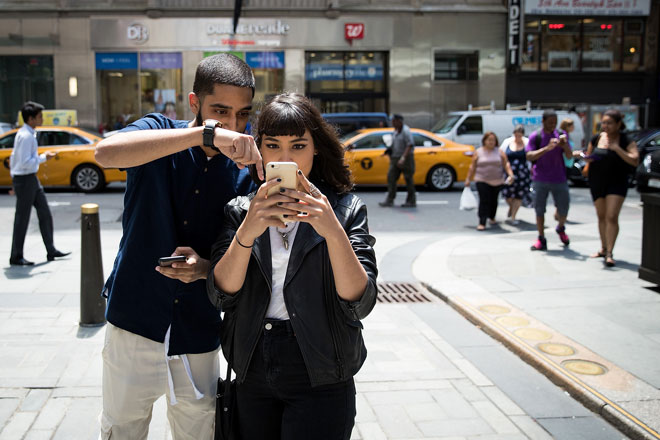 Pokemon monsters can be seen through smartphone cameras, with characters appearing in whatever real settings are in view. They are caught by hitting them with virtual balls tossed by swiping across touch screens.

The game gives you a limited amount of Pokeballs. You can trap wild Pokemon by throwing balls at them using a flicking motion with your finger. Sometimes they try to resist, other times they go and you are rewarded points and other goodies.

A young woman playing Pokemon Go came upon a dead body in a Wyoming river while hunting a water monster in the game, according to US news reports.

Pokemon Go comes with warnings to players to remain aware of their surroundings.

Another player was so engrossed in the game that he has walked into things on sidewalks.

Some US authorities are advising players to avoid breaking the law by trespassing in places that aren’t open to the public in the search for cartoon creatures, and saying that some players have been targeted by criminals. 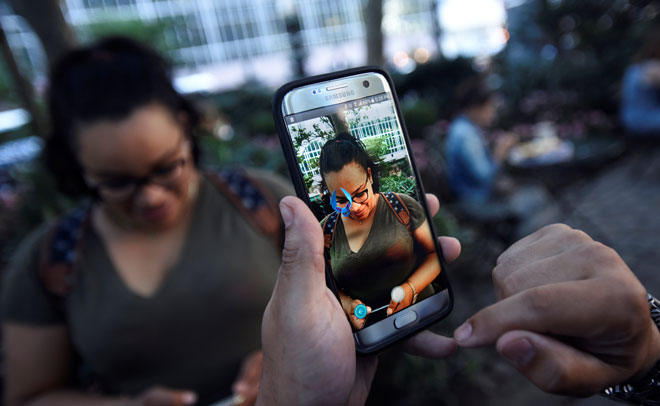 “If you use this app (or other similar apps) or have children that do, we ask you to please use caution,” the O’Fallon, Missouri Police Department said on its Facebook page.

The department also warned that robbers were preying on players drawn to rich troves of Pokemon monsters in parking lots or other places where victims might be vulnerable.

Nintendo has officially released only in the United States, New Zealand and Australia.

A tidal wave of interest in the game has bogged down servers hosting the software, frustrating some players and delaying plans to launch Pokemon Go in more countries.

The app is available for Apple users but you will have to create a different account in one of these three countries – US, NZ, Aus.

Android users can download from unofficial sources, but you will put your phone security at risk